on February 16, 2022
The original idea for this project came out of a call out from Libraries Unlimited for a project called Library Playgrounds - there's a page about that here.
I had shelved the idea for a while before I revisited it and felt that there was some worth in developing it into a more complete project. I received an Arts Council grant to pursue the idea and to make three devices that would be installed into three different libraries. I approached St Thomas library as I had already done some work there as well as Somerset Libraries and Plymouth Libraries. Eventually the third library authority I worked with was Torbay, there were issues with each authority due to covid and the effect that had on whether we could meet in person or online etc. These issues delayed the project a little and meant that some of the original ideas had to be altered but overall there was engagement with lots of people. In particular Somerset Library put a great deal of effort into the project. This was particularly due to Jeremy who is an outreach community officer. He spent a lot of time coordinating everything and making contact with schools who then got involved.
The first part of the project was to develop the technology. I used a raspberry pi as the heart of the machine. Here are some pictures of the early prototype that was used in the workshop events. 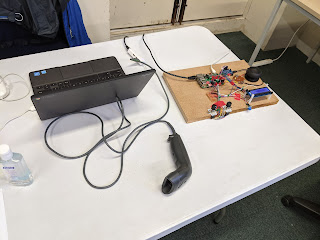 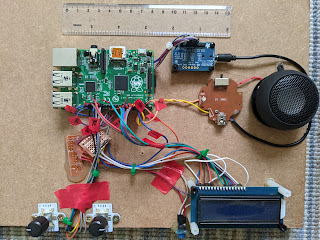 At the workshops where these prototypes were tested, the design of the final box was also being investigated. As with previous projects, I asked Laura Collins to design the unit. For the workshops we had some basic ideas that we wanted to get some feedback on some of these can be seen here: 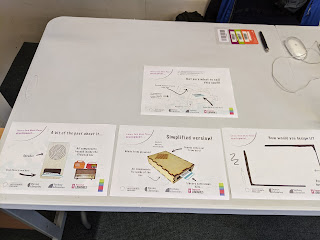 After these sessions and with further experimentation and exploration the final design was decided on. 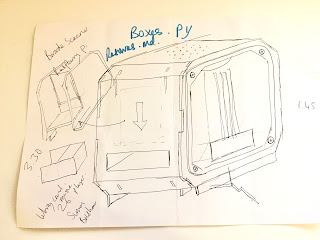 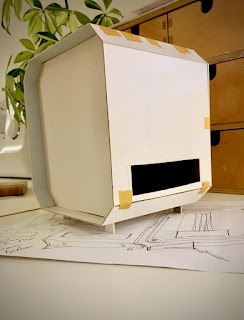 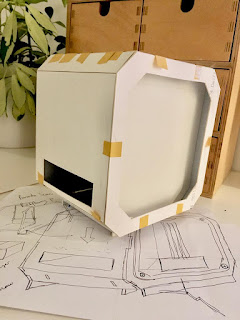 This evolved into the final boxes which were made using the laser cutter in the FabLab Exeter. 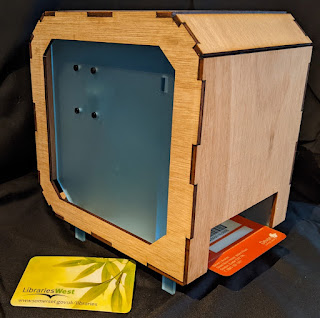 We used a combination of plywood and frosted acrylic, intended to resemble the original imacs.
The melody that plays once the card has been read by the scanner is constructed using these steps:
There is more about the finished device here. And here's an interview I did with Simon Parkin on BBC Radio Somerset