Posted by Simon Belshaw at 05:24 No comments:

I have just launched a kickstarter project to support the installation of a version of Music Machine 8 at St Thomas Library.

Music Machine 8 uses Neil Armstrong's famous speech from the surface of the moon "That's one small step for man one giant leap for mankind". The music machine takes each word of this sentence, along with both the pause that Armstrong left in the middle of the sentence and the beep sound that was a feature of the communications between the earth and the astronauts, and plays them in a random order.

As this year celebrates the 50th anniversary of the first moon landing I had the idea of adding something to those celebrations. This project will build a model of Apollo 11 and a representation of the moon's surface, similar to the type of display you would see in a museum: 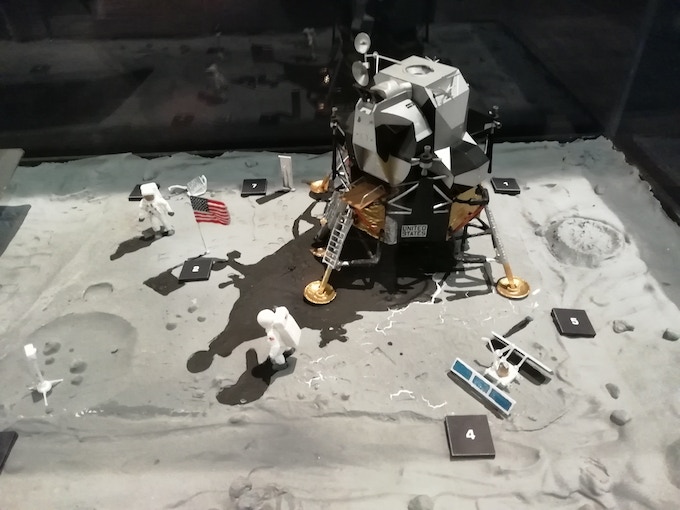 There will be a small button on the outside of the case (again, similar to the type of displays you may see at the Science Museum) which will then play the Music Machine. I'm interested to see how long it takes before the speech is heard correctly!

For more information and to contribute to the project please follow this link: